The Secrets Behind Morning Brew's Growth to 2.5 Million Newsletter Subscribers 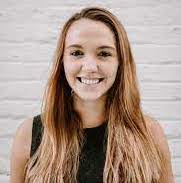 As a newsletter creator, how do you decide where to put your marketing dollars? And which growth channels will yield best results?

There's nobody better placed to answer that question than Jenny Rothenberg.

Jenny led the Growth team at Morning Brew through their journey of growing to 2.5 million highly engaged subscribers. And she was kind enough to share her engagement-focused approach to growth with our SparkLoop cofounder, Louis.

The Key? Quality Over Quantity

The first thing to note is that Morning Brew has grown significantly from branching out into new channels to acquire subscribers, but it isn’t just about the numbers. The key, as Jenny points out, is to keep your eye on quality over quantity...

“Even though they're signing up on the same landing page and they're getting sent the same newsletters, the variance of subscriber quality is so strong across different acquisition channels.”

Though Morning Brew’s subscriber count is an impressive and important metric, that’s not actually the metric the company cares about.

What could be more important than subscriber numbers to the head of growth? Engagement.

Read on to learn Jenny's top secrets behind Morning Brew’s approach to newsletter growth. And how you can be strategic about growth — even when your budget is limited.

For Morning Brew, the most important newsletter metric is an individual subscriber’s open rate, especially in their first two weeks.

Longer term open rates and cohort analysis are also important, but Jenny’s team focuses on this early open rate to track the quality of subscribers they’re getting from various acquisition channels.

Open, click and referral rates can vary as much as two or three times across channels.

For example, subscribers who come from influencer campaigns tend to refer others at a greater rate than other paid acquisition channels.

That’s an important difference to be aware of when your goal is engagement over gaining subscribers. You have to be willing to adjust your approach based on what you learn about each channel — even if it means spending more money.

“Sometimes it makes more sense to invest more in the slightly more expensive channel. They're bringing in those quality users, and being able to identify that sooner will definitely pay off in the long run.”

Second to their open rates, Morning Brew places a ton of emphasis on  acquiring subscribers who are likely to refer the newsletter to others and add new subs:

They use this metric to measure a channel’s ROI, as well. As thousands of SparkLoop creators can verify, when an acquisition channel can consistently bring in subscribers who refer other subscribers, its value is exponential.

It’s important to track behaviour beyond the initial sign up, so you can get the full picture of how much an acquisition channel is worth to you in the long run.

4. Go Where the Newsletter Readers Hang Out (Other Newsletters)

The first place Morning Brew put its paid marketing dollars was one of the smartest: It sponsored other newsletters.

Here’s the logic: By advertising in other newsletters, you’re reaching people who have already bought into that medium.

When you have your first few hundred marketing dollars to spend, Jenny recommends putting that into newsletter sponsorship. Find a newsletter that’s tangentially related to yours, where your ideal customer hangs out, and advertise there to get in front of that already engaged audience.

To find newsletters that are a fit, try:

Take note: In most cases, native ads with a flat fee have a better ROI in the long run than banner ads or anything charging per impression or click (CPM and CPC deals).

Jenny warns that email-specific channels can be a bit more expensive, but in her experience it’s worth spending a bit more cash because...

"you'll reach the type of people who will open emails, subscribe to newsletters and actually engage with them.”

As we've already touched on, referrals have been a really big part of Morning Brew’s growth — the Morning Brew referral program drives about 30%, sometimes more, of new subscribers each month.

This won't be a surprise to you. After all, newsletter creators who use a SparkLoop referral program grow on average 35% faster each month.

But what might surprise you is how much more often referred subscribers go on to make referrals themselves.

“They see how the program works, they get why their friend did it, and then they pay it forward. They want to get in on the rewards as well.”

Users who signed up through a referral tend to be pretty comfortable with sharing — they don’t need too much convincing to refer their friends (if they like the content), and they understand and value the rewards they can earn for it.

Over the years, referrers have been incentivised with a variety of rewards— from swag like the popular Morning Brew mug to access to a premium newsletter to an invitation to an exclusive Facebook community.

When is the right time to add a referral program to your own newsletter?

"You should add your own referral program as soon as you notice subscribers sharing with their friends or colleagues."

But the key is to choose the right rewards. What works for Morning Brew probably won't work for you.

If you're wrestling with what rewards to use in your referral program, you can use this free Referral University course to figure out exactly what would work best for your audience.

Morning Brew’s constant attention to their program, plus a steady stream of new subscribers entering their orbit, keeps the referral program such a huge part of their growth strategy, even after years in action.

6. Co-Reg Will Help You Grow (But Maybe Not in the Way You Want)

If you’re trying to grow fast and on a budget, you’ve probably considered — or tried — co-registration campaigns.

That's where subscribers opt in for your email list when they subscribe to another newsletter or receive an offer from a brand they’re already subscribed to.

Co-reg campaigns are easy to go after. And, if you’re only looking at subscriber numbers and cost, they’re probably pretty attractive. For some newsletters, this channel can be useful.

If you’re optimizing for engagement, though, co-reg is not your best option.

Someone who signs up through this channel will check a box when registering for something completely unrelated, but aren’t necessarily interested in your brand or products.

Bottom line according to Jenny:

"Co-registration campaigns will help you grow numbers, but the subscribers you add through this channel won’t be your most enthusiastic readers and could hurt your open rates and other engagement metrics."

A few years ago, paid social was a much cheaper acquisition strategy than it is now. And Morning Brew used it a lot and experimented with everything — Snapchat, Quora, Reddit, Facebook, Instagram.

Morning Brew learned a lot along the way, but the lessons soon became irrelevant because things change so quickly in paid social.

That doesn’t mean you shouldn’t experiment, though!

New channels pop up constantly that could help you connect with a bigger, more engaged audience. Getting in early can help you capture that audience’s attention, but you have to be prepared to try something new once the channel becomes saturated.

“Being able to set aside some experimentation budget to find additional pockets of what's going to work for us has been really effective,”

One growth channel that didn't work so well for Morning Brew?

"Search can work well for many companies, including e-commerce or educational platforms, because people tend to search for specific solutions. But they don’t tend to search for newsletters. We're not going to satisfy that search intent.”

You always want to diversify — don’t ever bet it all on one channel. Keep a close eye on the quality of subscribers you get from new channels, and move on when they’re no longer worth it.

More recently, Morning Brew has found influencer campaigns to be a promising channel for acquiring engaged subscribers. Jenny says they’ll ramp up this effort and focus more on influencer sponsorships in the near future.

The key to making it work?

Like the halcyon days of paid social, sponsoring influencers is all about experimentation right now. To find success, you have to be willing to push beyond the obvious.

Morning Brew is a business newsletter, so they initially targeted only influencers tightly related to this niche — for example, personal finance or real estate. “I think we went in a little narrow minded,” Jenny says. Ultimately, the team realized that with their broad target market, they could find a fit with a lot of different creators.

"We’ve seen good results from a cooking channel or a YouTuber who just talks about coffee."

Influencer growth also made it onto our SparkLoop list of the top 21 ways to grow your newsletter in 2021.

But you can take a leaf out of Jenny's playbook and boost your growth rate by 30% with a referral program.

In fact, across thousands of newsletter referral programs powered by SparkLoop, the average growth boost is 35% — even better than Morning Brew!

You can learn how to make it work for your newsletter too, in our free Referral University course.

We got 50k new subscribers in 5 months!

Nicholas and thousands of other creators grow their newsletters faster with a SparkLoop referral program. Just like Morning Brew and The Hustle.

Learn how you can join them with our free, 5-email course... 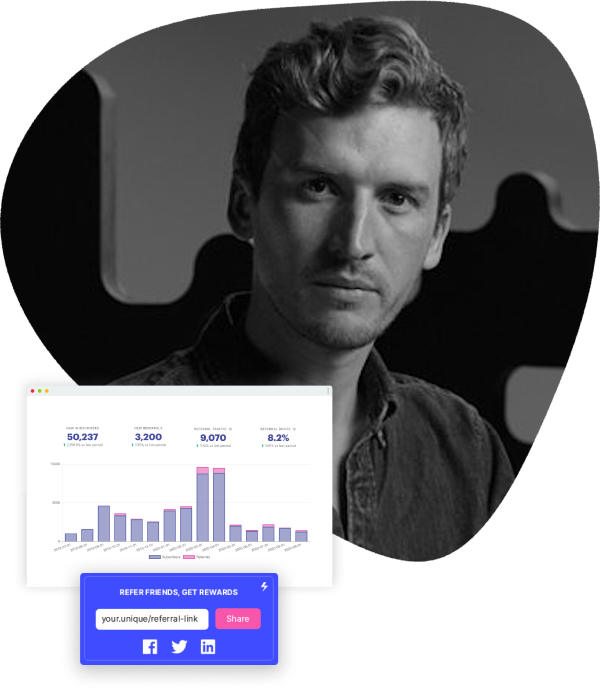